Following the successful Freedom From Abuse “Resilience” online events in February and March, and with others planned for June and September (book here), we thought it appropriate to raise the flag again on Adverse Childhood Experiences – ACEs.

In this article, Freedom From Abuse‘s Marilyn Hawes focusses on the damage Adverse Childhood Experiences can cause in young people.

Children are unable to “fix“ their trauma caused by adverse childhood experiences in the same way that adults can, therefore, it is critical we embrace the reality these experiences have on children as a matter of urgency.

We are all unique and have differing sensitivities which raise anxiety. Many more children will now be experiencing the negative impact of ACEs. The true impact may never be known but when new statistics emerge it will not make easy reading.

In “usual” circumstances a baby’s brain grows 25% to 80% of an adult size in the first 2 years. Critical restructuring continues through childhood development of empathy, trust, and community. In the developing brain, which continues to grow until we are 25 years of age, cortisol breaks neural pathways, thus, changing the landscape of the brain.

When in trauma cortisol is secreted from the adrenal glands. Blood pressure rises, as do sugar levels, pupils dilate and blood shoots from the stomach to bigger muscles. It is a biological response to fear. A child will often find ways to self-soothe often using drugs or food which can lead to addiction or obesity. Is it any surprise a child’s behaviours will be negatively impacted?

If you have zero ACEs is your life you are in the minority!

NO child should go unseen or slip under the radar.

How Trauma Affects the Brain

When we react to trauma, it causes a spike of Cortisol, damaging neural pathways and connections in our brains. This can change the “landscape” of our brains which isn’t fully developed until approximately 25 years of age.

Teachers often ask, “Why is this child behaving like this?” Let us not forget, when our brains are in trauma we can’t concentrate or think logically.

Have you ever heard yourself or a colleague say:

“It doesn’t take much to set this girl off!”
This may be caused by chronic hyper arousal, as a result of which, the teen is easily provoked.

“This child cannot sit still and won’t pay attention.”
Is this a possible result of hyperactivity, hyper arousal and the physical agitation which accompanies them?

“This boy is really going to hurt someone!“

Aggression gets people to move away, an important response if someone is too close to memories they can’t process.

“That boy is looking for trouble “
People complain he causes trouble wherever he goes, taking unnecessary risks.

Even simple changes in our behaviours can help – greeting children as they arrive at school or in your classroom, making eye contact and being curious about who they are can make such a difference and maybe the only time in their day they feel positive.

Early symptoms of being on a pathway to multiple severe disadvantages are visible in children who ‘externalise’ problems, for example, those who suffer from Social, Emotional and Behavioural Disorder (SEBD). They are less detectable in those who ‘internalise’ (including the disabled or neglected).

Practitioners agree most misbehaviour in school has its roots in the home. Children with ACES are:

Childhood abuse, neglect and other ACEs are precursors of more than 80 negative life outcomes.

They form key threats for lifelong dysfunction, including inter-generational cycles of low self-esteem, resilience and empathy, providing fertile ground for:

Children with 4+ ACEs compared to those with none were:

What can we do in the short term?

The vagus nerve has two bunches of sensory nerve cell bodies and it connects the brainstem to the body. It allows the brain to monitor and receive information about several of the body’s different functions, one of which is diaphragmatic breathing.

By exercising slow deep breaths – breathe in for 5 seconds, hold for 5, breathe slowly out for 5, repeat for 5 or more. Doing this 5 times a day can bring about calmness.

We must take reality on board as soon as possible or, as teachers, we are failing the children in our care. It is tragic to avoid the issues and unhelpful to academic outcomes, resulting in damaged children we should and could have helped.

As teachers we are accountable to do the best we can. 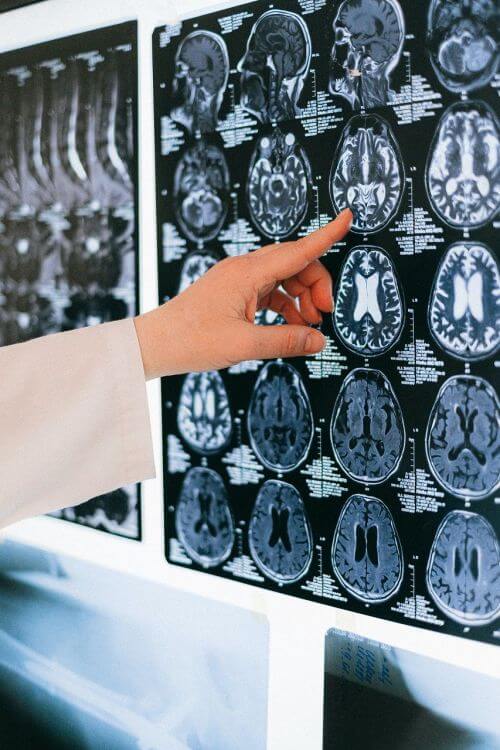 Want to keep in touch?

Just let us have your details and we’ll keep in touch with newsletters, new courses and articles.

Registered Company in England and Wales.

© 2023 Freedom From Abuse. All rights reserved.